Since the recent news of the discontinuation of some films beloved by our clients (we’re looking at you Fuji400H), we’ve been getting more questions about storing your film in the fridge or storing film freezer. Should I put my film in the fridge? Can I freeze my film? How long will my film last in the fridge? Are just some of the questions we received in the last weeks, so we thought we would dedicate a post to sharing everything you’ll need to know about refrigerating and freezing your film. Let’s get started!

We recommend striving to shoot fresh film when and where you can. By “fresh film,” we mean film that has been recently acquired and has not expired. The reason is that fresh film is at its peak for capturing and delivering the truest colour and the best possible results. Kodak Alaris Product Manager Tim Ryugo did a fascinating post about it recently:

When you’re not able to shoot fresh film, some things should be done to retain a film’s potential so that you’re not sacrificing too much quality, and that is to properly store your film in cold storage. Unprocessed film is a perishable product that can be damaged by high temperature and high humidity (but that being said, we recommend you check out our Understanding Film Flaws post to see how even damaged film can still make its own magic).

Consequently, putting your film into cold storage will increase the lifespan of your film and provide you with the best possible results, even if your rolls are a few years old.

*It may be worth noting: Color films are more seriously affected than black-and-white films because adverse conditions usually affect the emulsion layers to various degrees. So when your box of colour film arrives from Carmencita Film Lab, put it into cold storage if not using it immediately.

If you plan on using your film in less than 6 months, you should put your film in the fridge, right next to your milk and leftover gazpacho. In general, manufacturers recommend storing your emulsion at 8°C /46°F or lower. 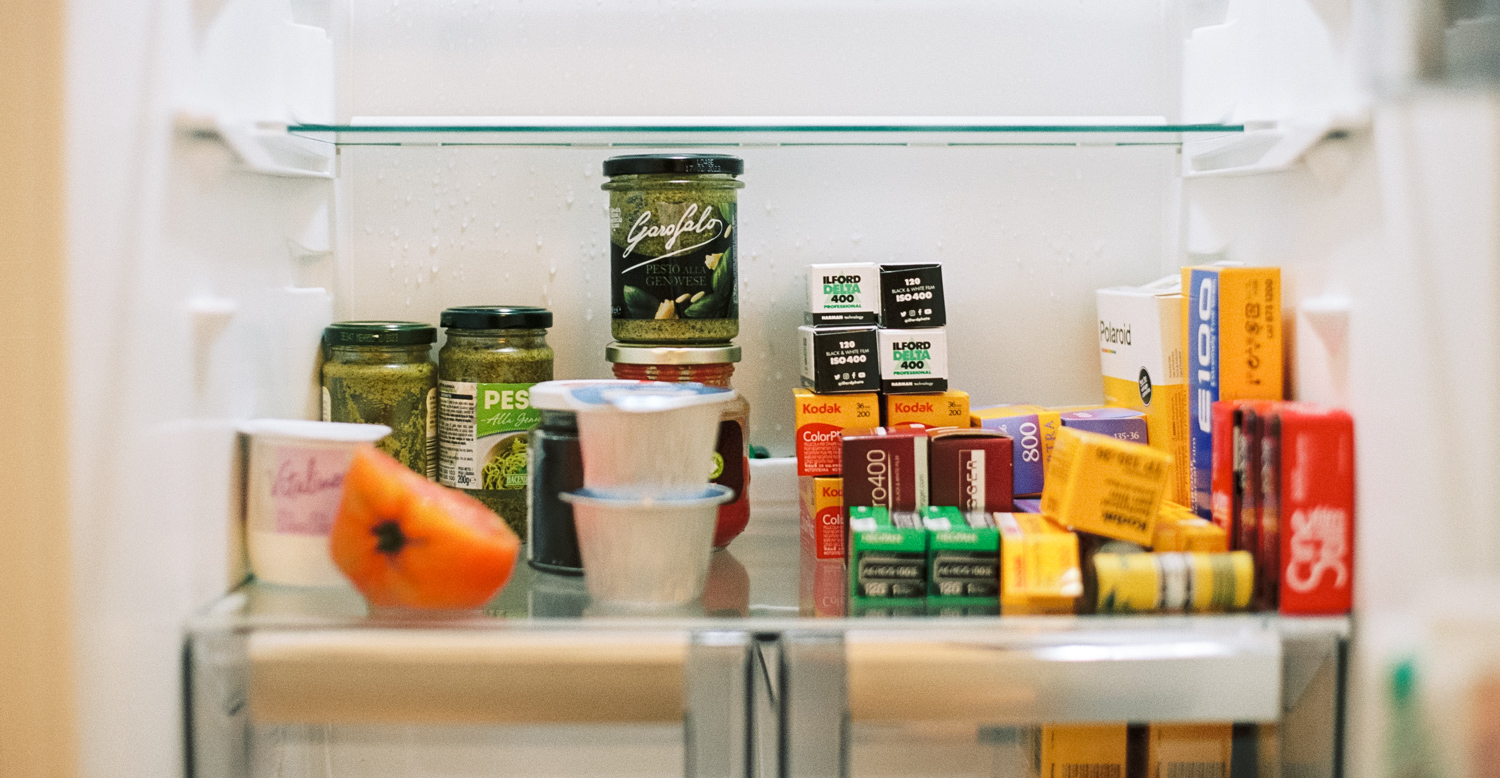 The lower temperature will slow down film degradation, and the dry atmosphere in the fridge will protect film from humidity. That being said, refrigeration will not be able to reduce the effect of gamma radiation. Naturally occurring gamma radiation will increase the minimum density and can also increase the grain. Consequently, the higher the speed of your film that you have stored in your fridge, the more it will be affected than any lower speed films you have stashed. 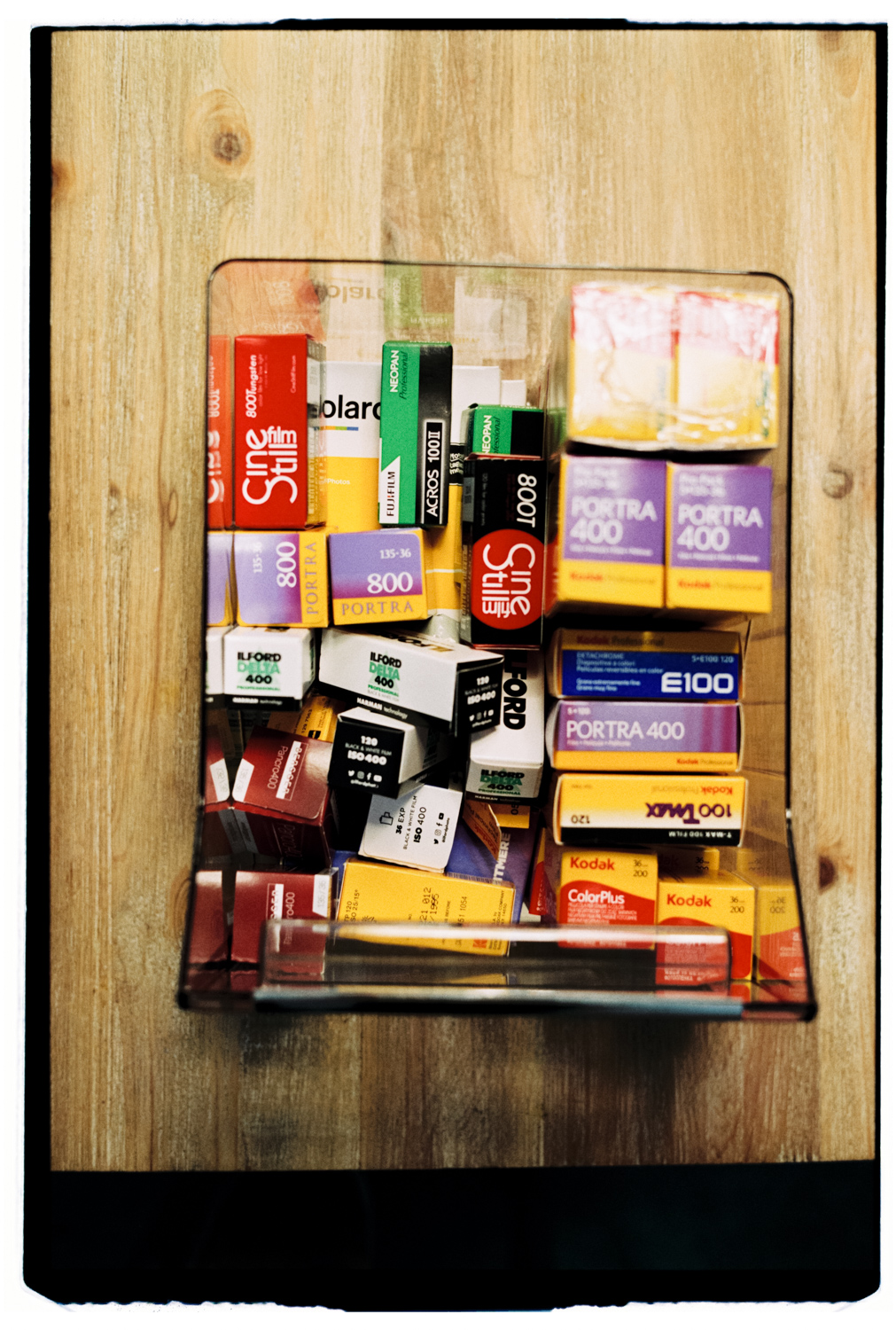 How long does film last in the fridge? Well, as we said, the cold will slow down film’s natural degradation. If we take 20ºC as the standard temperature and we store it around 5 ~ 8ºC / 40 ~ 46ºF, we are basically stretching the film’s expiration date by almost x2 times.

As a rule of thumb, if the film you just purchased expires 2 years from now,  if you put it in the fridge, it will maintain its fresh condition for at least 5 years.

That being said, films (exposed or unexposed) that have been properly refrigerated will retain the speed and contrast of the exposure conditions, but the overall minimum density and grain will continue to increase as time passes due to the natural ageing process.

* If you have a box in your fridge that you can dedicate to your film storage, the better!

For both instances of cold storage for your film, you want to avoid humidity. Humidity will speed up film degradation; it’s basically film’s kryptonite. It can create dark spots on your 120 film, make your 35mm stick together in the canister, and make your film look expired even if it was fresh.

To protect against humidity, we recommend including a silica gel desiccant bag into the film storage container that will go in the freezer. We also recommend that you store your film unopened and in its original canister or its plastic wrap.

TAKING YOUR FILM OUT OF COLD STORAGE

At some point, you will probably want to bring your precious rolls back to life, right? When taking your film out of the refrigerator, we recommend allowing it around 2 hours or more to adjust to room temperature before shooting it.

When taking your film out of the freezer, we are going to need to proceed with a little more caution:

In both instances, we recommend that you leave your film in its canister until it has had the chance to adjust to room temperature. Doing so will prevent it from ending up covered in condensation. You can confirm your film is at room temperature by taking the film out of its canister and confirming that it’s not cold to the touch. 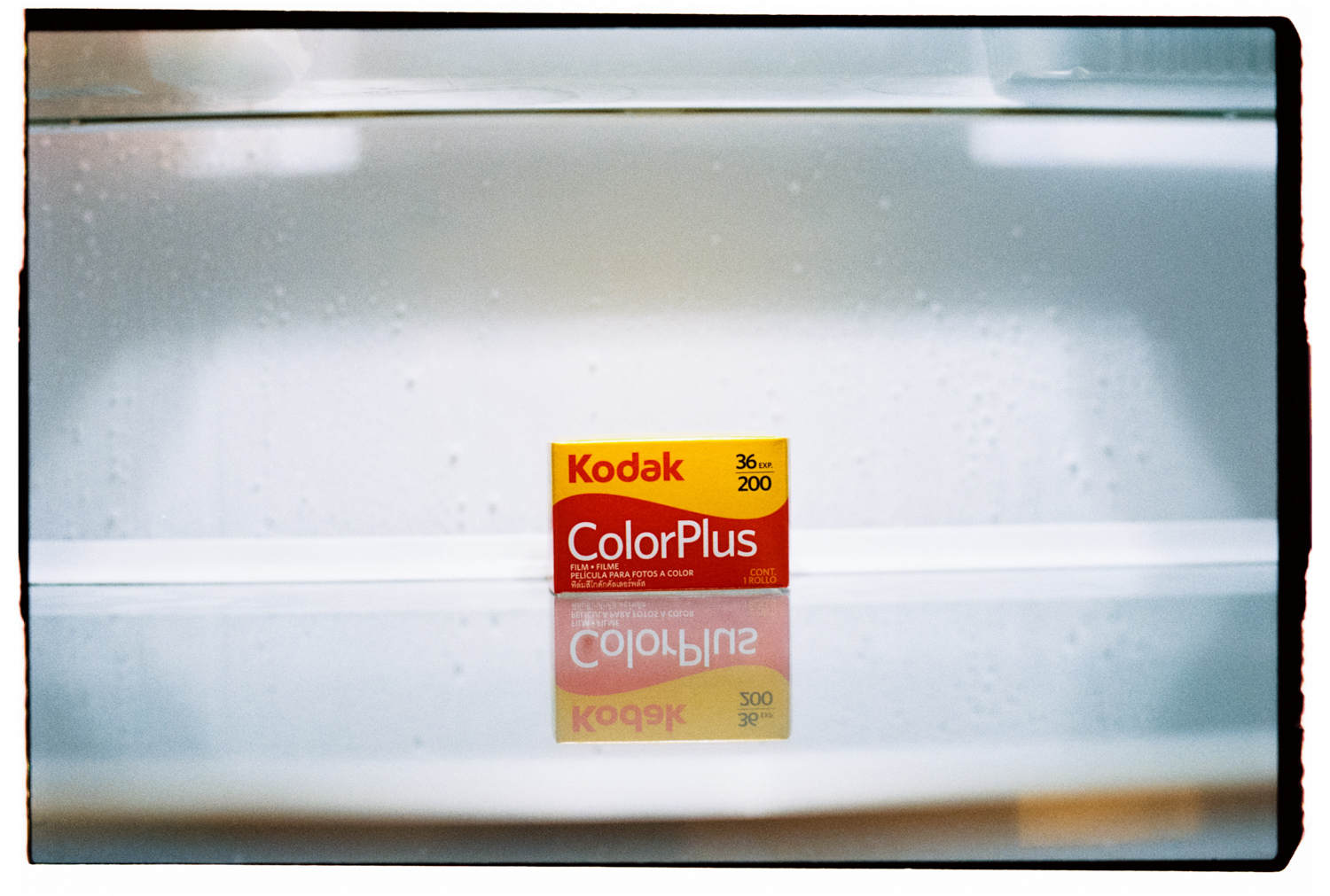 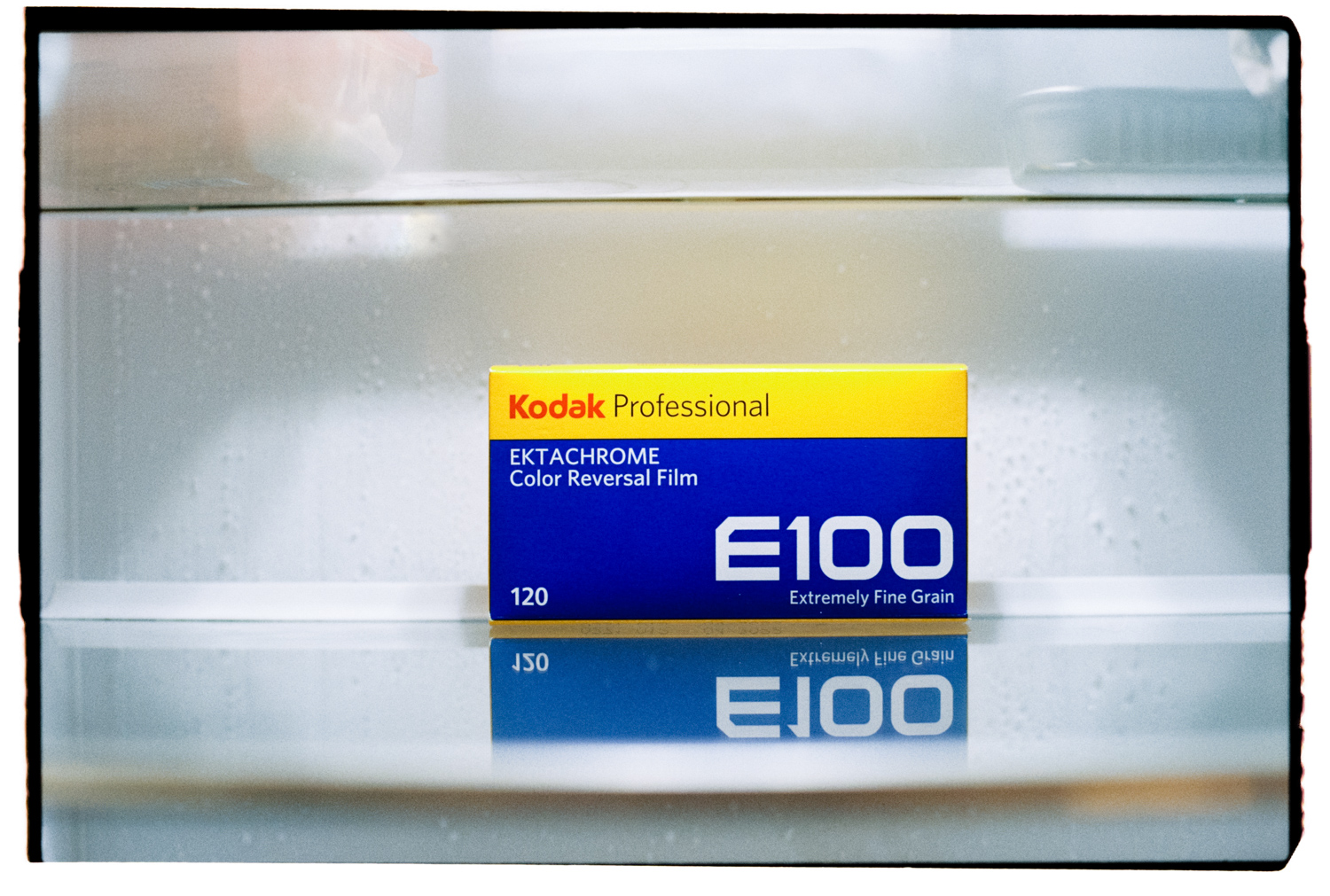 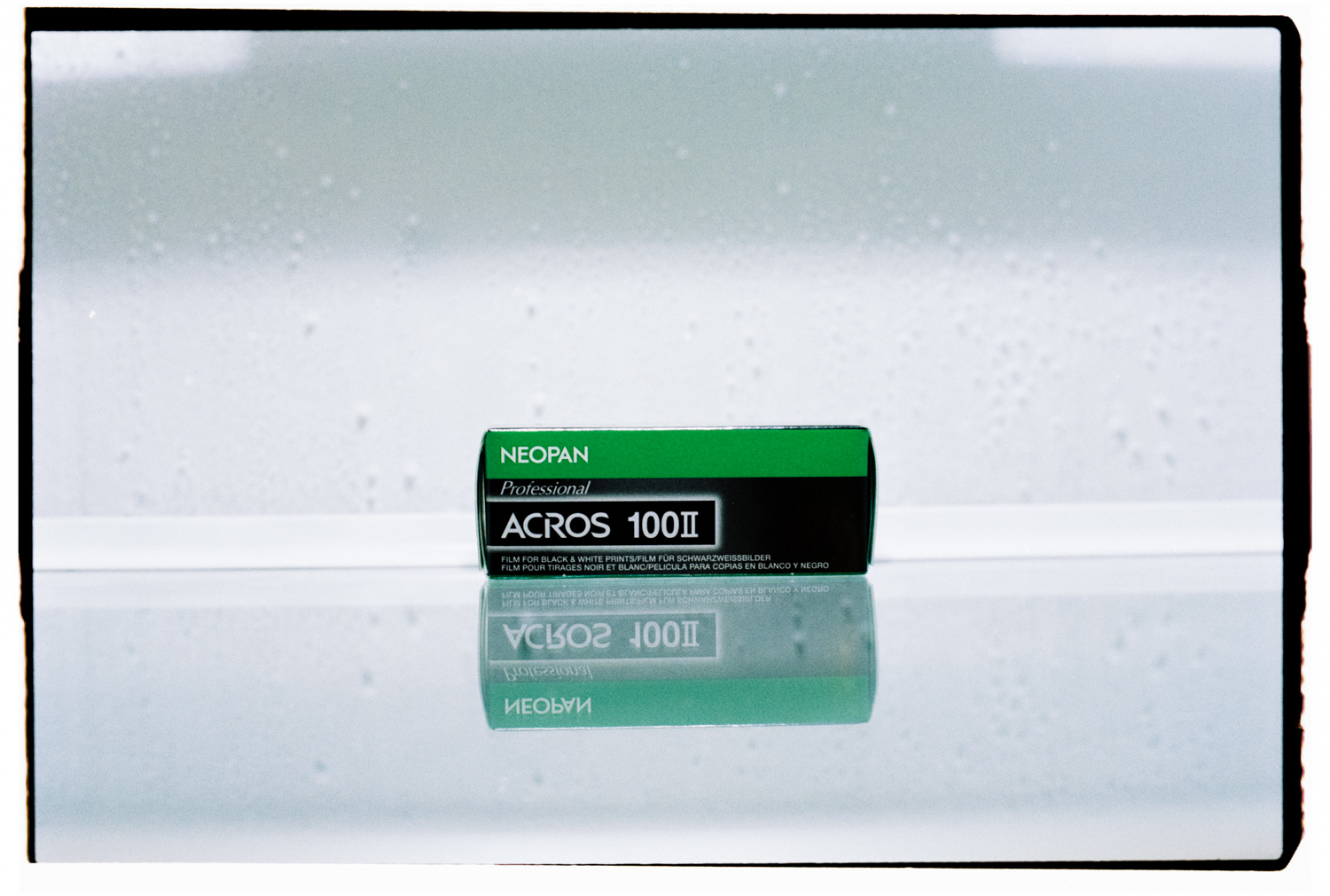 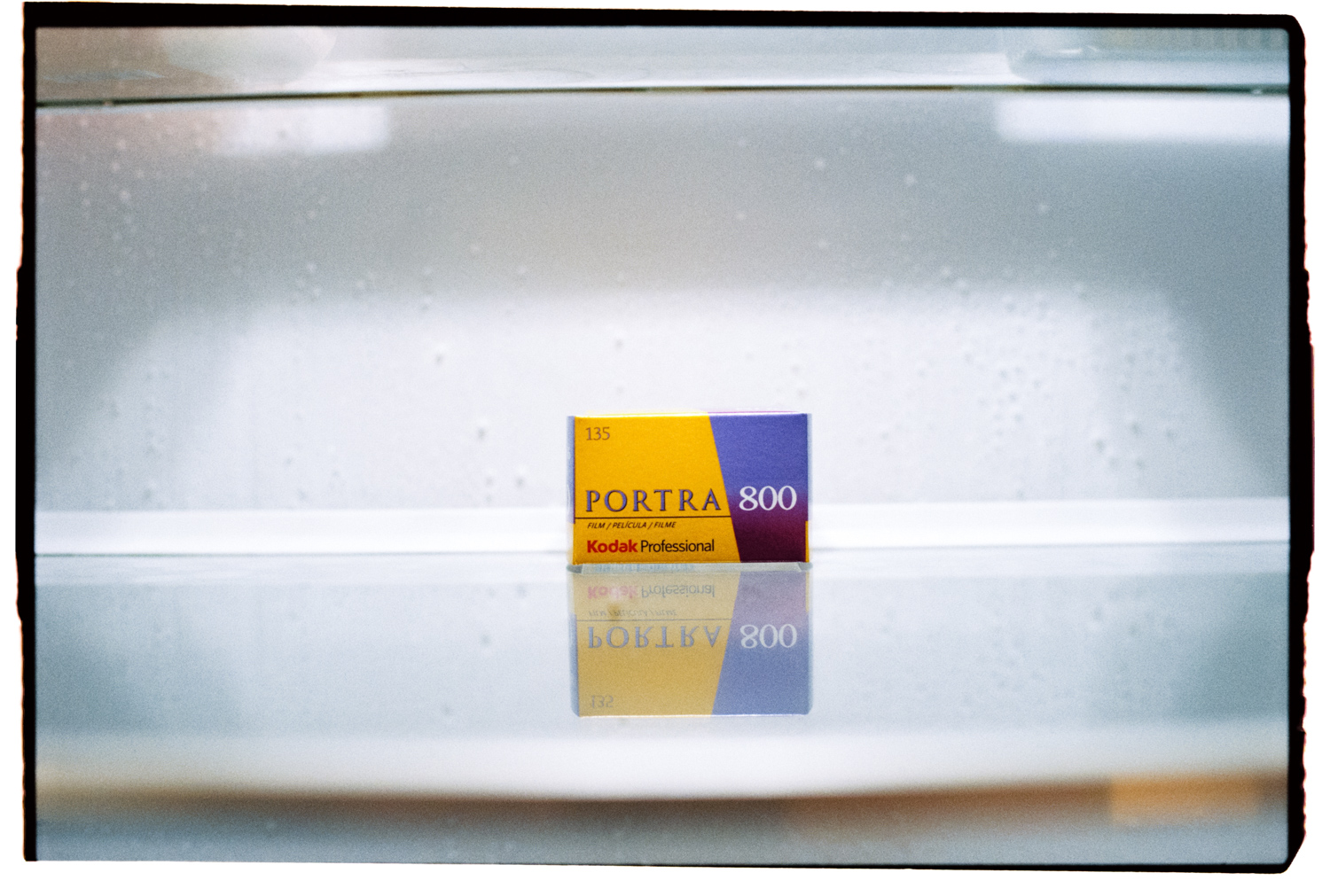 SHOOT IT, DEVELOP IT

Lastly, we recommend shooting the whole roll, exposing it correctly as this fantastic post explains to you How Exposure Affects Film, and sending it off to your favourite lab, for example, Carmencita Film Lab, for development as soon as you can.

Left a film roll or a loaded camera in your car on a hot summer day? Chances are you will have some baked film after that. There are countless situations like this where life and accidents happen. But don’t let that stop you from shooting or developing those film rolls.

Essentially: don’t keep film in your camera for longer than necessary; your film will go bad if not developed. Leaving partially exposed film in your camera for a few weeks or months until the next time you shoot leaves room for your film to degrade due to atmospheric changes. Not only that, you’ll have to wait longer to see your results! And who has time for that? 😉

Have a question about cold storing your film? Drop us a line at ask@carmencitafilmlab.com! Even if we haven’t developed or scanned your roll in our lab, we’ll help you out and answer your question.

We are here to help 🙂 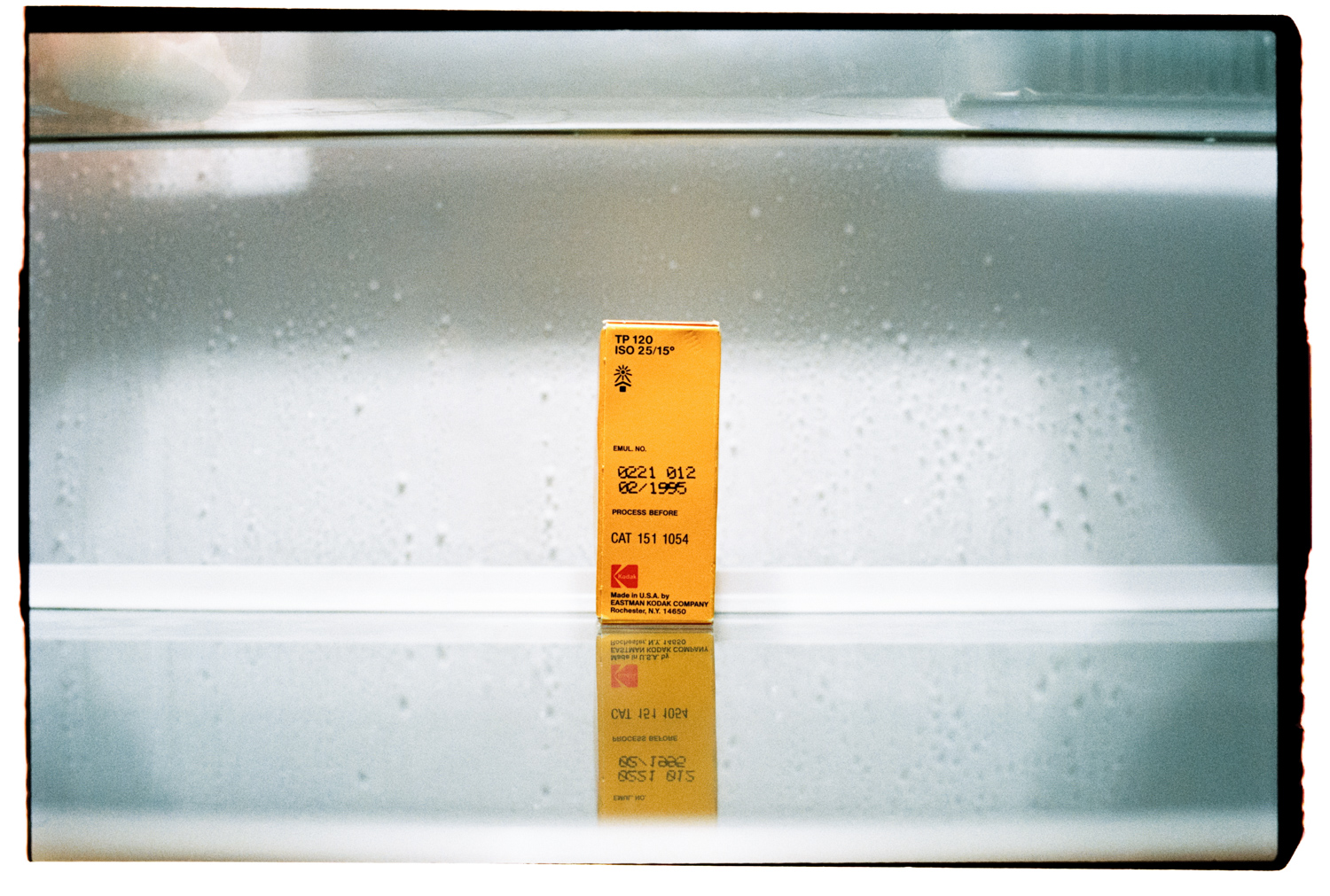 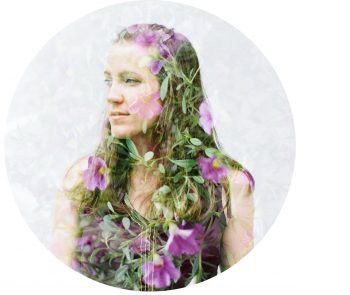 I believe in kindness; throw that stuff around like confetti.

BEST OF SEPTEMBER – 2020
Manage Cookie Consent
To provide the best experiences, we use technologies like cookies to store and/or access device information. Consenting to these technologies will allow us to process data such as browsing behavior or unique IDs on this site. Not consenting or withdrawing consent, may adversely affect certain features and functions.
Manage options Manage services Manage vendors Read more about these purposes
View preferences
{title} {title} {title}
Scroll to top