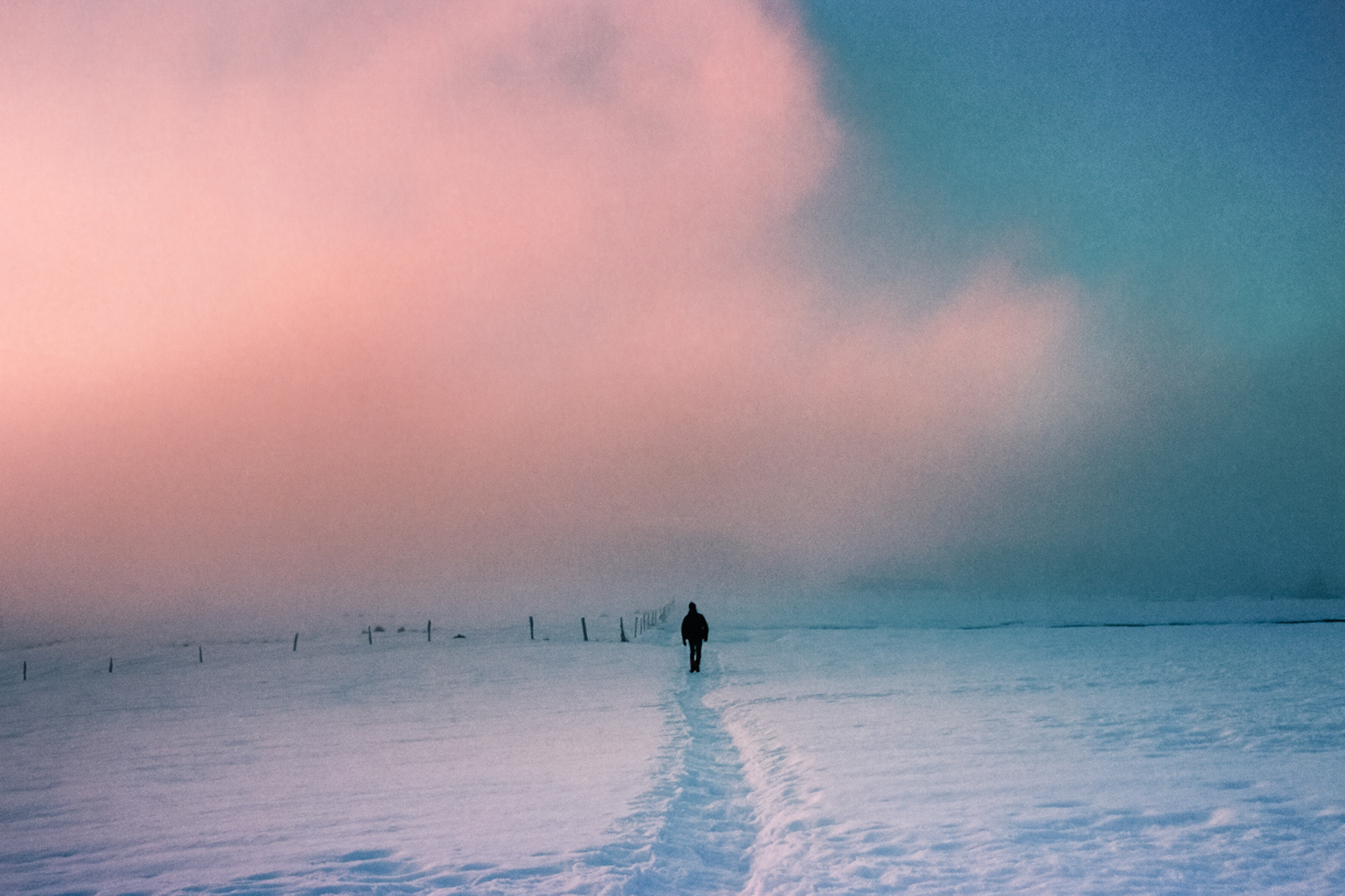 It was truly an honor to be found by Sarah 2 years ago. At first we were a bit surprised by her use of color and since we were so focused on “color polishing” for most of photographers we were a bit worried that she might not get the results she wanted from her film… oh boy we were mistaking! After a while we realized what was really going on and it was such a pleasure to be working on images in which color really makes the subject.

We are surrounded by color constantly and it’s often used to enhance the subject that we want, but in Sarah’s case, things flip upside down, the subject becomes more of a leading threat to inmerse us in a dreamlike color palette that make us question if what we are seeing is real or not, and even more important, does it matter if it’s real or not?

Using analog flaws to her advantage, to draw her narrative, we really wanted to showcase Sarah’s work at the beginning of the year to start with another point of view, something different than what we are used to see. Something that remind us that there are plenty of ways to use film photography, to see the world and specially in film photography, there is no one “correct” way to experience it. 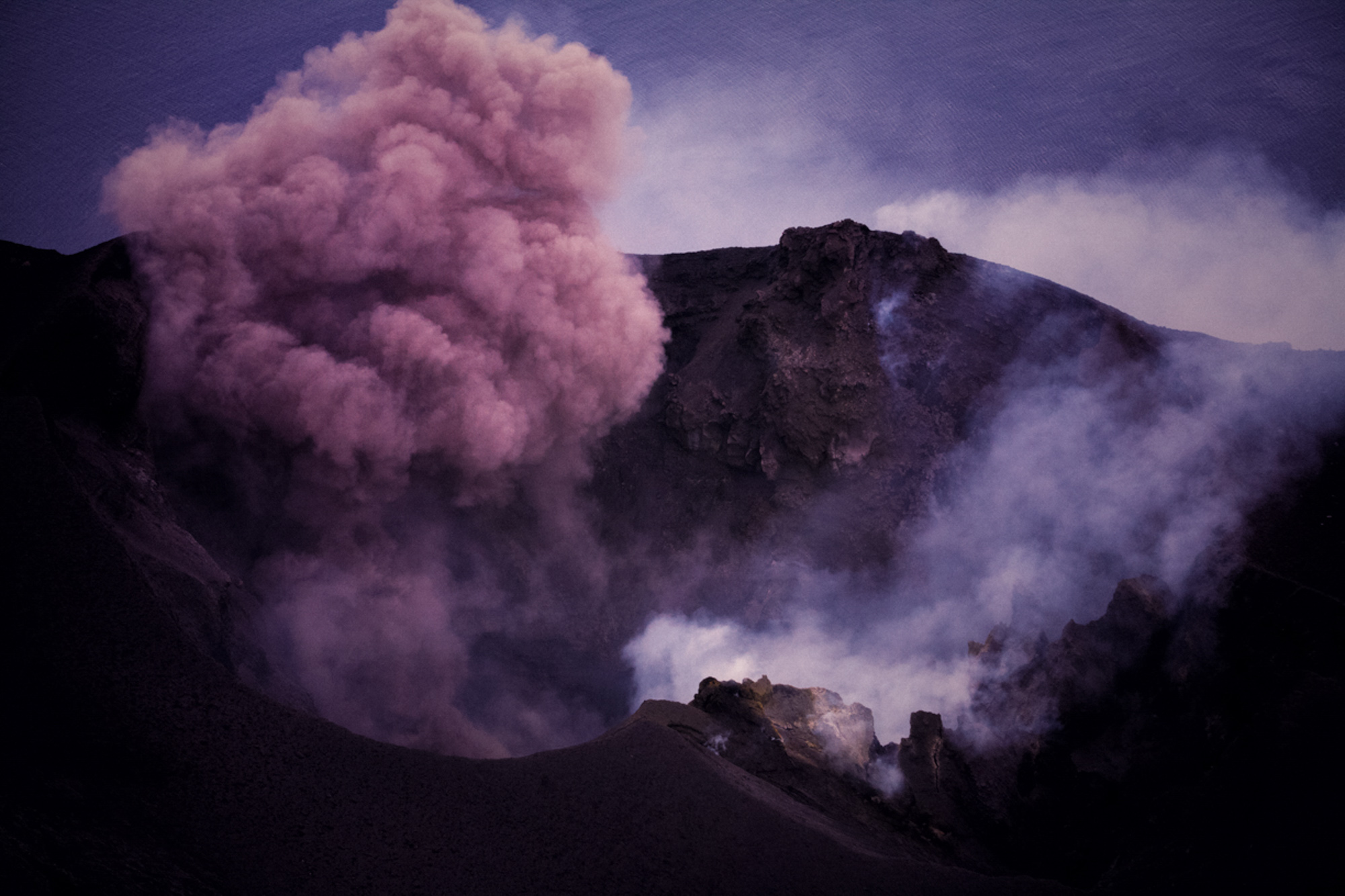 “I’ve always been inspired by color, imagination, nature, the unfamiliar, but certain places I’ve visited have had a deep influence on my work.

My whole approach toward photography changed a few years ago while climbing the Stromboli volcano. I was in a particular place in life, and was blown away by the menacing strength of this giant shrouded in darkness, and by how little we could see of “him.” It felt like we were tiny dancers in the dark, in the hands of this great monster, screaming with pinkish smoke who was somehow pulling us toward “him.” From that moment on, my inspiration became the thin line between the real and the unreal, variations of the subconscious, the imaginary, the mysterious, and fluctuations of time and nature .

I also lived in Australia for a while and was awestruck by its wilderness. I have always loved the sense of unpredictability in nature and the contradictory feelings it evokes in me. I feel excited and mesmerized, but also exhausted and pushed out of my comfort zone. It may seem, in my photos, that I regard nature somewhat poetically, but I am also drawn to the violent, nostalgic, powerful and unpolished aspects of this planet, and of humans.

We are constantly bombarded by concepts of success, improvement, and achievement. But longing and doubt are also inherent parts of us, and I don’t want to pretend they don’t exist. They do. So I think what I want to show in my work is the ephemeral, the uncertain, and how vulnerable we are.

I use analog film as a way to convey all of this because there is something very intimate about shooting film. I feel more quiet, more receptive to the emotions and sensations that surround me. I am more thoughtful about what I shoot and how I take the photos. And there is also something fascinating about not being able to see the results right away. There is the delight of picking up the developed photos at the lab – there are always unexpected treasures and mysterious “accidents.”

I use my imagination – my ability to dream – to freely explore and question how the self experiences the world. And this is what I hope to give viewers: the opportunity to interpret based on their own feelings, emotions and experiences. In this way, the photos don’t belong to me, but to the viewers themselves.”

Sarah usually requests her artwork to be scanned on TIFF since the aim of it is to be printed and displayed on galleries, specially in larger prints. TIFF files have a better render of grain specially for enlargements, and grain plays an important role on Sarah’s work without at doubt. Since the grain information is not compressed, when enlarged we are able to see it in all it’s subtle shapes. The scanner is always the Noritsu HS-1800, it allow for a wider control over the color palette and specially the dynamic range in the black areas, we can adjust contrast and density by highlights and shadows separately which in the scenes where are a bit abstract, it can help the artist decide how do they want the file to be finished afterwards.

See the best of our clients
BEST OF DECEMBER – 2019

[NEW] BLACK EDGE in all 120 film formats is here!
Let’s celebrate our 2nd Anniversary! 5% off on all the CAMERAS with the code 2NDANNIVERSARY5Get yours!
Manage Cookie Consent
To provide the best experiences, we use technologies like cookies to store and/or access device information. Consenting to these technologies will allow us to process data such as browsing behavior or unique IDs on this site. Not consenting or withdrawing consent, may adversely affect certain features and functions.
Manage options Manage services Manage vendors Read more about these purposes
View preferences
{title} {title} {title}
Scroll to top